History of environmental education and the ESD in Japan 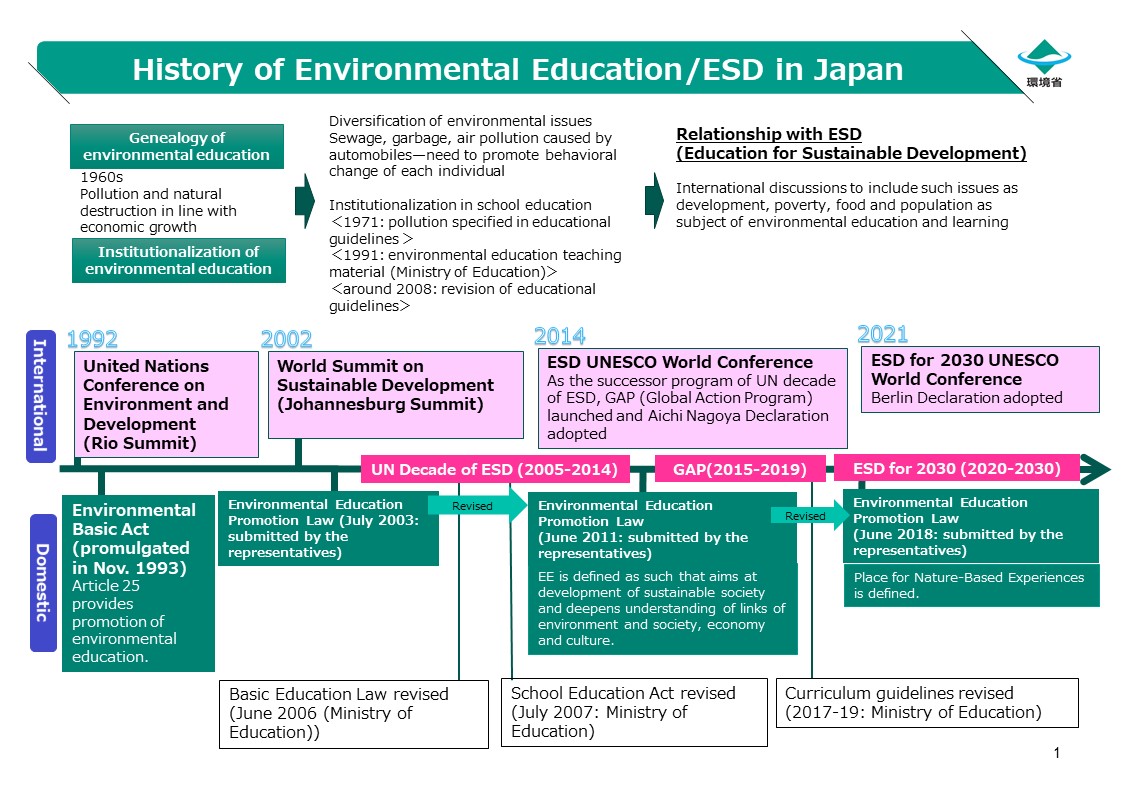 In order to promote the approaches mentioned previously, we believe that it is important to cooperate with multi-stakeholders to establish the nationwide ESD promotion network. MOE and MEXT opened the national ESD resource center in April 2016. 8 regional ESD resource centers followed it in July, 2017. We have made an effort to promote regional development, human resource development, and infrastructure development to realize a sustainable society through both environmental education and ESD. 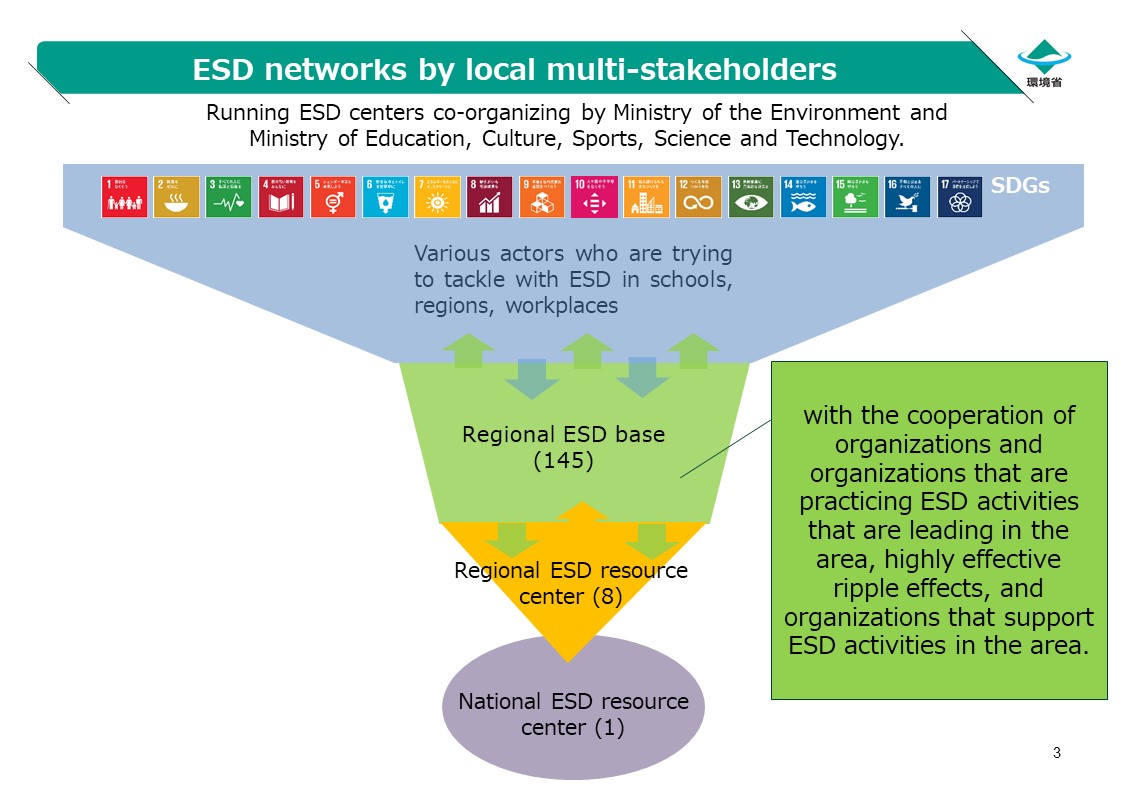